Starting this month I will be resuming coverage on domestic airfare that departs after June.

Ren here. I wanted to update you on what my plans are for resuming airfare coverage and what kind of airfare I will be focusing on for the blog.

Before I begin, I want to thank those of you who have supported me on Patreon. Your support has helped keep this site alive during the past two months of inactivity.

What’s the TL;DR on this?

When will International coverage resume?

Are you still contributing to Folding@Home? 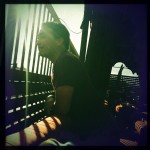 Cheap DFW is a travel blog that covers airfare deals and cheap travel leaving from Dallas to anywhere else. (instagram: cheap_dfw)